Proteins are a big deal. They’re known as the building blocks of life because every single cell in your body contains them. They help build and repair tissues such as bone, muscle, and skin, and they are also a necessary factor in the production of hormones and enzymes. They even serve as a sort of courier service, transporting important molecules within and between cells.

Protein—along with fat and carbohydrates—falls into the category of macronutrients. These are substances that the human diet requires in relatively large amounts. Compare these to micronutrients, such as vitamins and minerals, which are equally essential but only in small amounts. Because the body is unable to store protein in the way it stores fat and carbohydrates, it requires a steady supply of it in the diet.

How much protein do I need?

The Institute of Medicine suggests that protein should comprise between 10% and 35% of your total daily caloric intake.

Use this Calorie Calculator if you’re not sure how many calories you should be consuming in a day. It will calculate a rough estimate for you based on your gender, age, weight, height, and activity level.

To calculate your specific daily protein needs, first, determine how many of the calories you ingest should come from protein. Then divide this number by four as this is the number of calories per gram of protein. The result will give you the number of grams of protein you need per day. Let me illustrate this with an example because, frankly, this couldn’t possibly be any more confusing.

Let’s say your daily caloric intake is around 2600 calories, and you’d like 25% of them to come from protein. This would mean that you want 650 of your calories to be derived from protein. To convert these protein calories to grams of protein, divide by four. So, your target daily protein intake would be 162.5g.

If math isn’t your strong suit, the Institute of Medicine also offers a simpler–albeit less customized–formula for determining daily protein requirements which is 0.36g/lb. of body weight.

The National Institute of Health has summarized these values in a table. Based on this formula, the average adult male requires only 56g of protein. As you can see, this is not an exact science and requirements can vary by quite a bit. Of special note is the fact that infants, children, and pregnant women have higher protein requirements with respect to body weight.

Recently, diets high in protein have had a steady increase in popularity. Many Americans are adapting a high-protein diet to either lose weight or increase muscle mass. One study found that subjects who increased their daily protein intake from 15% to 30% of total caloric intake, while keeping their carbohydrate intake unchanged, significantly lowered the number of calories they consumed per day.

This led to a significant weight loss. While dietary protein is necessary for muscle formation, it is important to note that increasing protein intake alone does not increase muscle mass. The important factor is what you do with that protein in the way of exercise when it comes to building muscle.

So, more is better, right?

Not necessarily. Deborah Sellmeyer, MD, Professor of Medicine at the University of California at San Francisco warns that a diet very high in protein can lead to excess calcium in the urine. This is a sign that the body has transferred calcium from stores in the body into the bloodstream as a means of neutralizing the acidifying effects of protein consumption.

This decrease in calcium stores can increase the risk of osteoporosis. Excess calcium in the urine has also been linked to kidney stones.

Another consideration is that when people increase the consumption of anyone macronutrient, the remaining ones are consumed in smaller amounts. Typically, high protein diets result in low carbohydrate diets. When anyone macronutrient is cut out of the diet, it often cuts important nutrients out of the diet. The calories in fruits and vegetables are primarily in the form of carbohydrates.

Consequently, a high protein diet often leads to one that is low in key nutrients only found in fruits and vegetables. Depending on the source of the protein, a diet high in protein can increase the risk of disease. The American Heart Association warns that a diet high in animal protein is often high in saturated fats which have been shown to increase the risk of heart disease, stroke, cancer, and diabetes.

The Top Ten Sources of Protein

Most animal source foods, as well as many plant-based ones, provide significant amounts of protein.  The following are ten foods that will help you increase your daily protein intake: Animal source foods supply a lot of protein, and red meat is a prime example. Just one 3oz serving—about the size of a deck of playing cards—is packed with 23g of protein. An added bonus is the fact that it’s a good source of zinc which helps support immune function and would healing.

When choosing cuts, make sure you look for leaner options in order to keep saturated fat intake to a minimum. Other red meats, such as veal and lamb, offer the same amount of protein but the latter can be quite high in fat. 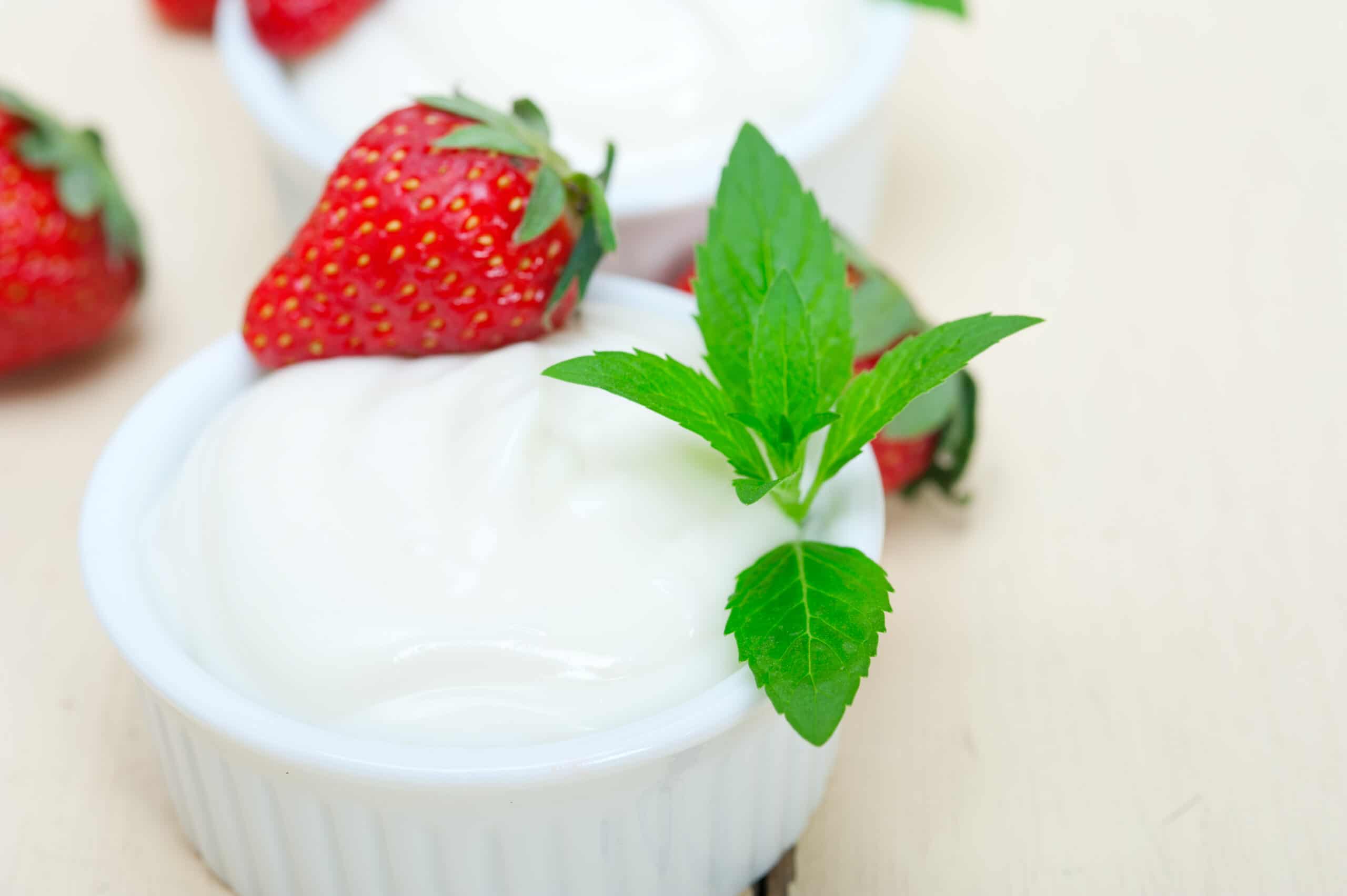 The popularity of Greek yogurt has increased steadily in North America over the last couple years. It is essentially regular yogurt that has been strained to remove some of the moisture as well as whey. Consequently, it is considerably higher in casein, a milk protein, than regular yogurt.

Because removing moisture thickens the yogurt, even low- or non-fat varieties have a creamy texture. The straining process also removes some of the lactose which lowers the overall sugar content. Consider sticking to plain, unsweetened varieties and add fresh chopped fruit and cinnamon to keep the sugar content low.

Pork sometimes referred to as the other white meat, is an excellent source of protein. It has a reputation for being high in fat, but there are cuts, such as tenderloin, which can be quite lean. Keep in mind that “pork” refers to unprocessed meat. Processed pork products, such as sausages, ham, and bacon, although arguably delicious, differ in protein content and often have high amounts of sodium and added preservatives. Chicken is by far the most commonly eaten meat in the United States. Most Americans consume 60 lbs. of it per year. It’s lower in fat than beef, it’s reasonably affordable, and it’s high in protein. Consider purchasing organic chicken which has been shown to contain higher amounts of healthy omega-3 fatty acids. 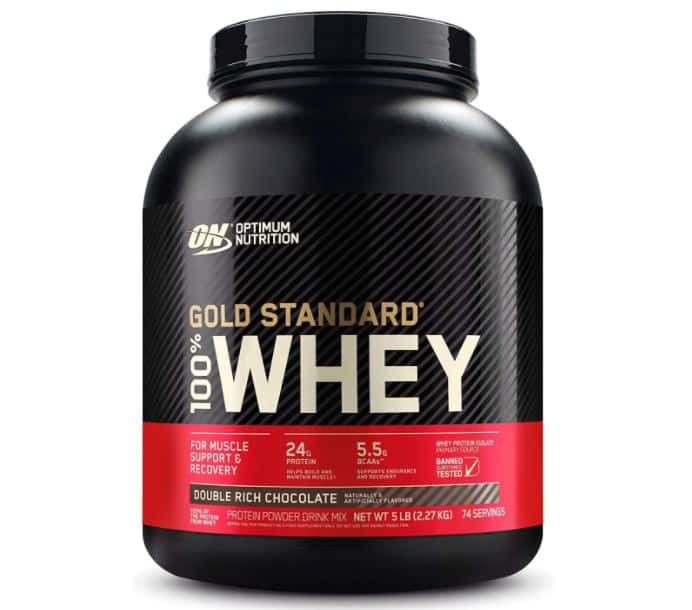 Whey protein is absorbed more readily than any other type of protein. It is made from the liquid portion of milk leftover during the cheese-making process which makes it a vegetarian option. A 2010 research study showed the consumption of whey protein powder within two hours of strength training to be an effective way of increasing muscle strength and size.

Other protein powders, such as pea, brown rice, and soy have been shown to have similar protein contents. Being plant-based makes them an excellent choice for vegans. Soy is also a great option because it is what’s known as a complete protein. Keep in mind that, when taken in excess, soy protein can reduce testosterone levels in men. However, when taken in moderation, there is no cause for concern.

Of course, we review a lot of protein powders — here are a few of my top picks: 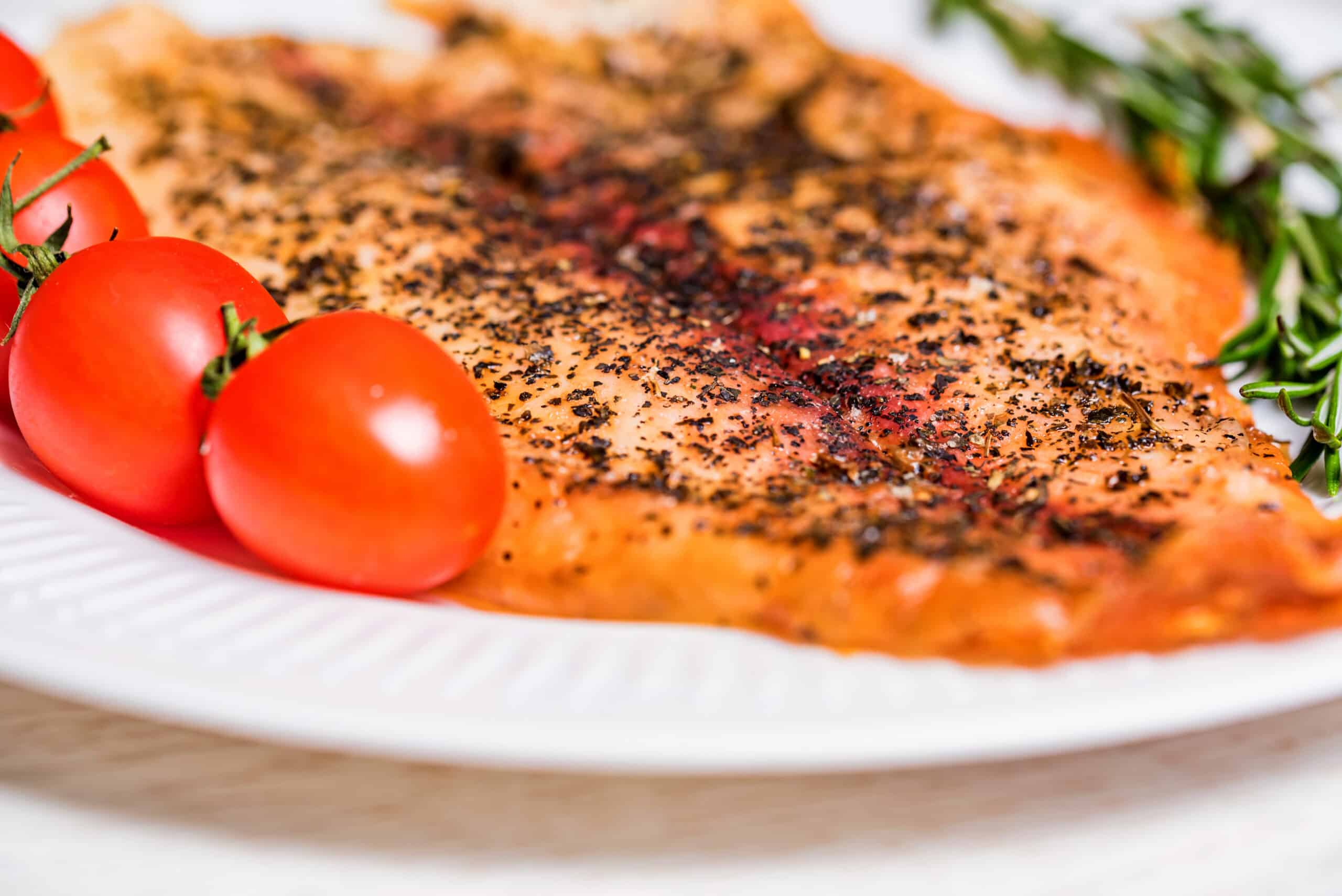 This is a very broad category, but most types of fish have relatively comparable amounts of protein. Coldwater, fatty fish such as salmon, trout, mackerel, and sardines, are also great sources of omega-3 fatty acids. Canned fish, such as tuna, can be used in salads or pasta dishes as an easy and economical way to boost dietary protein. The American Heart Association recommends eating fish at least twice per week. This category refers to the most common legumes, including navy beans, kidney beans, and chickpeas. Their high fiber and low-fat content make them incredibly nutritious food. Furthermore, deeply colored dark beans have a phytonutrient content comparable to that of blueberries. When buying canned beans and lentils, look for those prepared without added salt. Also, beware of the sugar content of traditional baked beans. 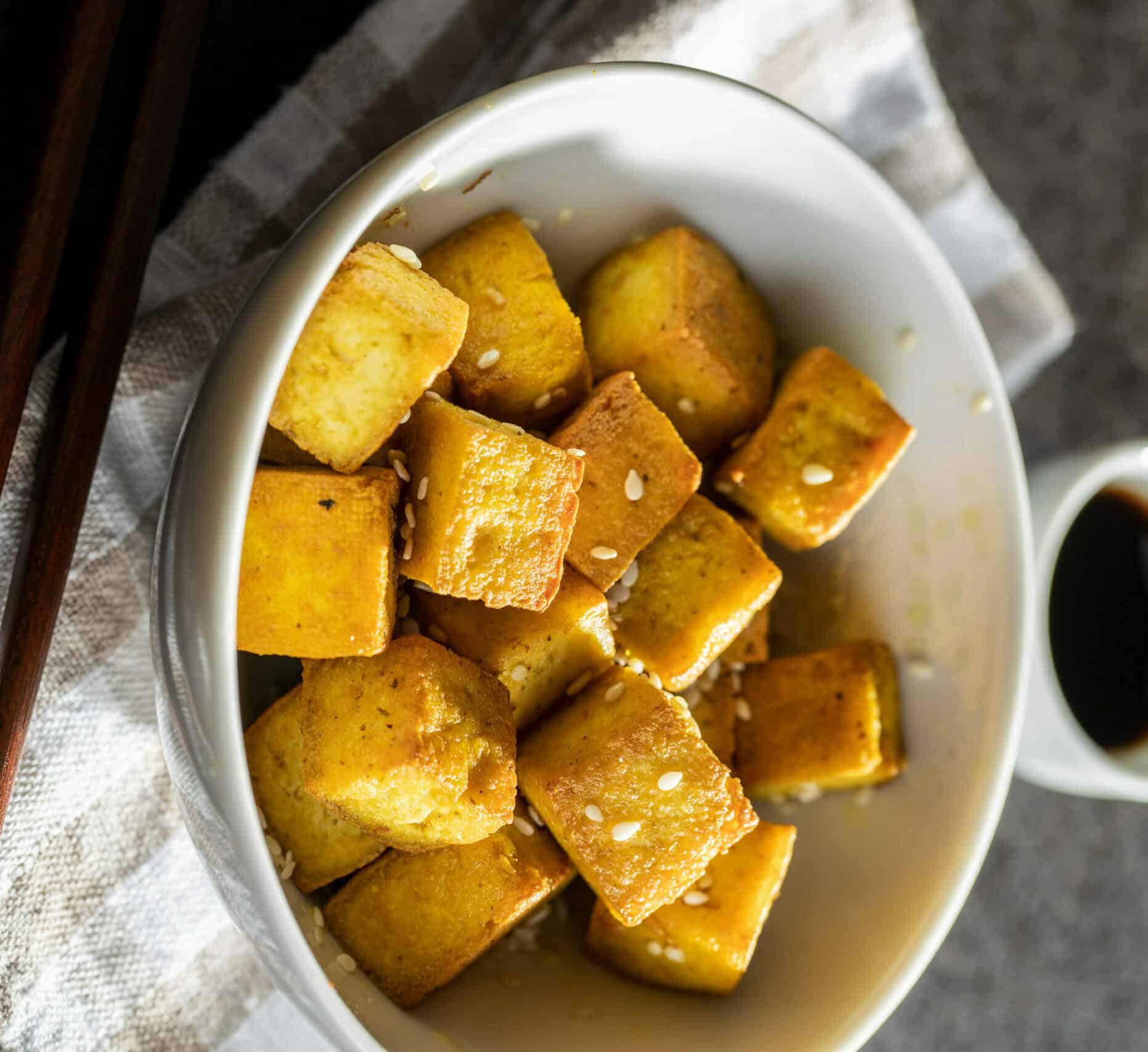 Despite often being the butt of jokes that take stabs at its perceived lack of flavor—according to some, the best way to prepare it is to throw it in the trash—tofu can be a delicious protein option, especially for vegans. Highly versatile, it is a complete protein.

Tofu can be prepared in a variety of ways and is often used in desserts, in a stir fry, and as a meat substitute in pasta sauce. As with soy protein powder, it can have an effect on hormone balance, so moderation is key. These Japanese noodles are made from buckwheat flour. Contrary to what the name suggests, buckwheat is not related to wheat and is gluten-free. It is actually a distant cousin of rhubarb. This pseudo-grain has shown to have many health benefits. Keep in mind that buckwheat has a high glycemic load, an important consideration if you have diabetes. 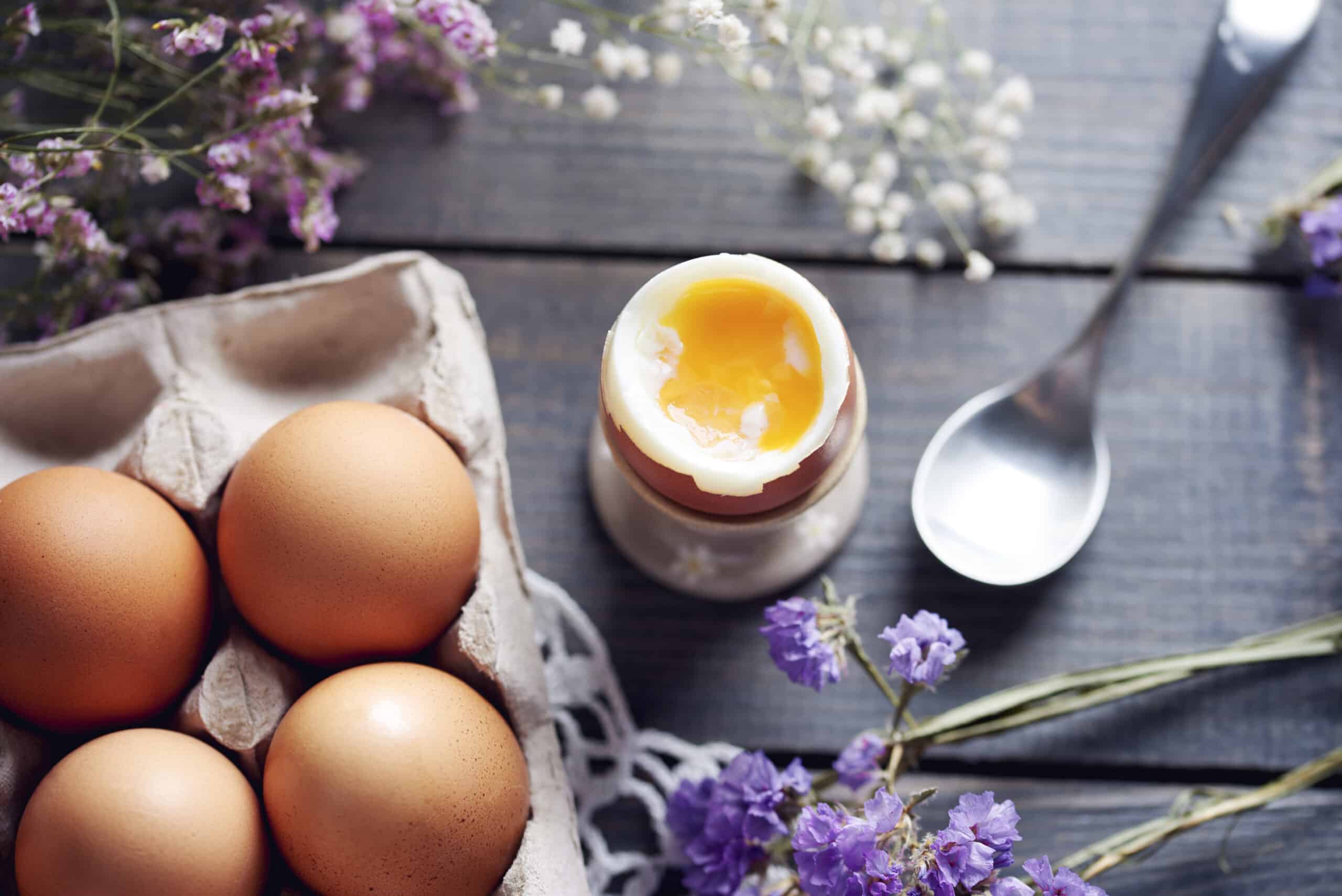 Often, when we think of high protein foods, we think of egg whites. However, at 57%, they only contain slightly more than half an egg’s total protein. Aside from containing just shy of half an egg’s protein, there are other reasons to include the yolk when eating eggs.

Because the yolk’s purpose is to supply nutrition to a developing animal embryo, it is the most nutritious part of the egg. It is high in lutein—a key factor in eye health—and vitamin D, essential for bone health and an important factor in disease prevention.

Most Americans consume 12-18% of their total calories as protein so, assuming you are eating a healthy and varied diet, chances are you are already consuming enough protein. Health issues related to low protein intake are incredibly rare in North America. Consider contacting a Dietitian if you are unsure what your protein intake should be or how to best meet your dietary protein requirements.